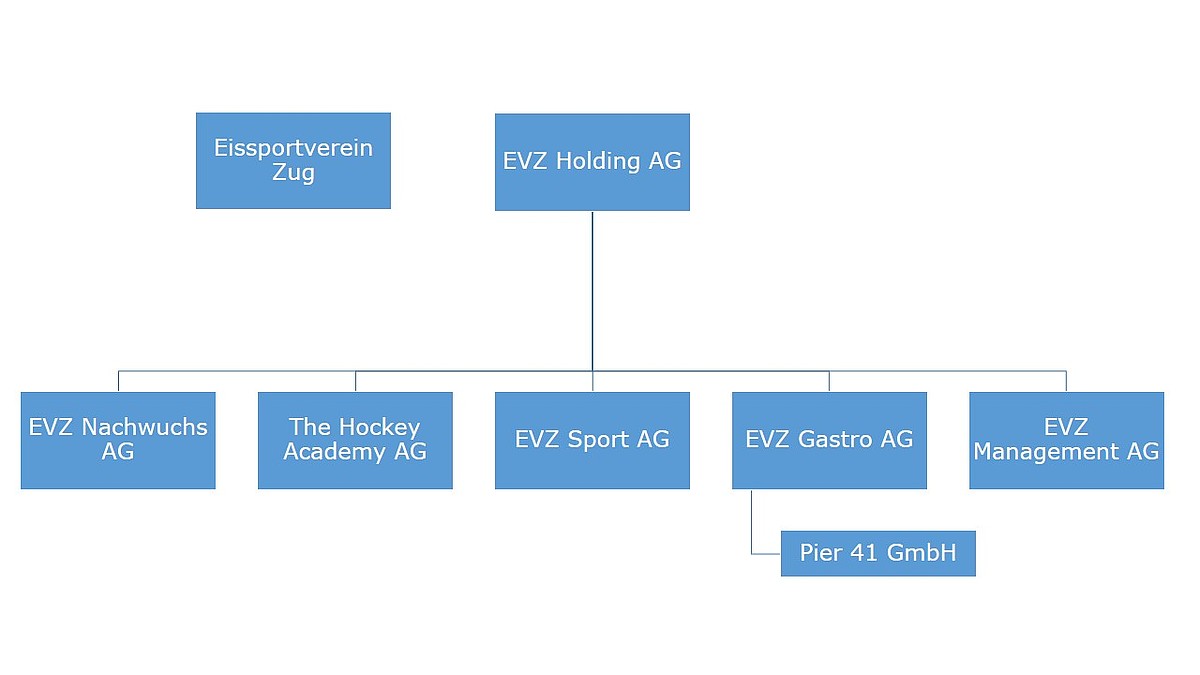 During the restructuring in 2014, the individual divisions of the parent company EVZ Holding AG were divided into separate subsidiaries. These function as independent companies and are managed according to economic principles.

The Hockey Academy is the first training course for ice hockey professionals in Switzerland and started in summer 2014 with a flexible training model that focuses on the sporting, professional, educational and social skills of young Swiss ice hockey athletes.